A long, complex and stubborn history with trauma

Posted on June 28, 2016 by recoverynetwork:Toronto 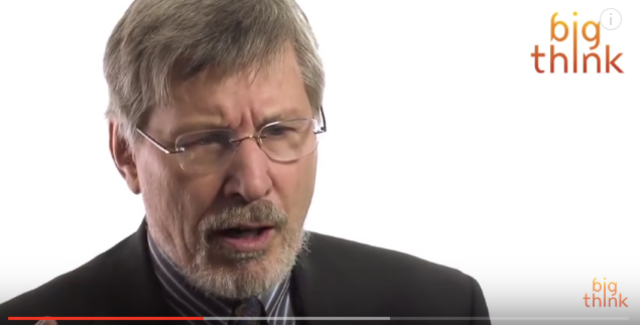 Psychiatry started as study of what were then deemed bizarre behaviours, but discovered they were understandable when considered in context with extraordinary and troubling circumstances.

It then got scared off by a society that couldn’t handle the consequences – or as he says here “they put the kibosh on it”.

Psychiatry and allied professions and institutions have taken the lead over the last hundred years developing ever more elaborate technolgical explanations so we can hide from this elephant”.

We’ve also been busy  building the kind of world that generates more trauma and instead of learning how to help each other heal, we become more expert at throwing our shit around and bombing each other.

Then we create institutions to hide from that truth
– and we hurt even more people.

“Psychiatry has always had a complex relationship to trauma.

It first started off as a discipline that looked at the bizarre symptoms that people have and then they uncovered way back in the late 1800s at the Salpetriere in Paris particularly that people have very bizarre reactions to trauma and so that defines hysteria 150 years ago.

So there was some interest in it. And then they put a kibosh on it; people are no longer allowed to study hysteria.

The first World War breaks out; a huge number of traumatized guys have the same symptoms as these women. People come home from the first war, have a terrible experience. They’re all being accused of malingering; very traumatized people; probably had a lot to do with the rise of Nazism.

So it takes a long time.

And even when I was a student my text book said that incest is extremely rare and it is really good for people and it doesn’t really cause any major damage because it gives women and girls permission to do something that is really forbidden but eventually protects their mental health.

And so there has been a long term complex relationship where psychiatry really doesn’t want to see trauma and in occurrence DSM, what people call the Bible of Psychiatry, where my colleagues and I, at the National Child Traumatic Stress Network, worked very hard to get a diagnosis in to make room for the hundreds of thousands if not millions of kids who get abused and neglected, whose parents go off to jail, whose parents are drug addicts, whose parents are not there for them and them being grown up.

We try to get a diagnosis called Developmental Trauma Disorder and the response was after submitting data on 20,000 children with this problem they said, oh we don’t really have enough evidence for this niche diagnosis.

And in fact vast numbers of people who seek psychiatric care are in fact traumatized human beings.

So now we live with weird diagnosis like Oppositional Defiant Disorder where people don’t ask why did these kids become defiant or cold and dark disorder where these kids behave strangely, Bipolar Disorder; kids being mentally unstable; going up and down on their emotions.

And people don’t really – psychiatry doesn’t really want to look at what’s behind there. And as a consequence instead of looking at social conditions as being at the origin of these disorders, these kids get drugged up.

Last year in the U.S. kids got $18.1 billion worth of psychotropic drugs and these drugs actually do calm people down, but they also work on the reward system in the brain and decrease curiosity, openness, experimentation, engagement with people.

So the neglect of the issue of trauma in the U.S. in particular is a very serious public health issue.”

We believe people can and do recover from "mental illness" - because we are living it. We believe in the power of supporting each other: learning from and with each other. You are welcome to join us..
View all posts by recoverynetwork:Toronto →
This entry was posted in Adversity, anatomy of an epidemic, Crazy World, Healing, making sense of "mental illlness", medication madness, real disorders in a crazy world, Trauma and tagged Bessel Van der Kolk, Healing, Trauma. Bookmark the permalink.
%d bloggers like this: