Posted on October 25, 2016 by recoverynetwork:Toronto 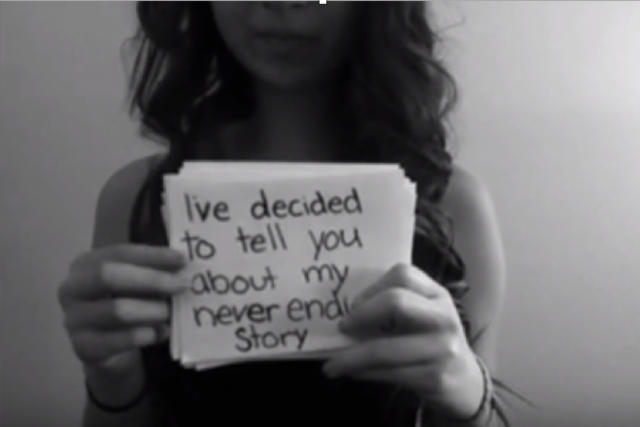 I was pleased to have been invited to co-presenting on Friday at the Ontario Psychological Association’s Annual Conference with Dr Erica Martin a workshop: – Hearing Voices- Learning to listen to “Auditory Hallucinations” as an introduction to new training we are developing together that will enable more psychologists, clinicians, counsellors to offer their support to those struggling with voices and other experiences that get called names  “psychosis”.

I was more pleased to see that the OPA was paying serious attention to the impact of bullying,  the keynote speaker was Carol Todd, mother of Amanda and in his introduction to  Carol the OPA President Dr Jonathan Douglass shared how he too had been bullied at school. I was pleased to introduce myself to him afterwards – it was at his request were were invited, to thank him and say “me too”.

I didnt get to meet Carol Todd, but Carol, thank you.
Most of all to Amanda Todd – thank you.

Amanda Todd ended her own life after having being shamed then repeatedly bullied and trying to find a place she could feel safe and move on – but not being allowed to do that by other. She was targeted by online predator who is now awaiting trial for a number of offences in The Netherlands before being brought before courts in Canada. But there were many others too who made her target of their own hatred..

Bullying only works when the person targeted is left isolated, rendered powerless. It can be hard to fight of our own powerlessness and find ourselves joining with the bullies, or simply not acting.

Bullying is about power and we end it by fighting our own powerless and instead connecting with those who are being targeted.

Your bullying is #notmyshame.
It’s just your shit,
you own it.

Amanda’s story is not just about online bullying or even bullying in general, and it is certainly about both , but it is also about community, connecting and many, many  other lessons for us – not least the failure of our schools, medical and justice systems to protect those most vulnerable.

It is also a story of how our society still has a great deal to do before it is safe even for those in the majority – women.

Below is the video Amanda made that speaks Amanda’s pain living in a world she could not find a place to feel safe and how she wanted to connect with one person who would hear her and accept her as she was.

As it says at  www.amandatoddlegacy.org Amanda made the video because …

She would have wanted everyone to know how much she hurt emotionally and how the same thing also hurt thousands of other children and youth each day.  Amanda couldn’t stop what was happening to her and  it was her dream to make it right for others.  She thought it would help to tell her story for others to hear.

We believe people can and do recover from "mental illness" - because we are living it. We believe in the power of supporting each other: learning from and with each other. You are welcome to join us..
View all posts by recoverynetwork:Toronto →
This entry was posted in bad things happen and they fuck you up, bullying, Emancipate yourself..., hell is other people, making sense of "mental illlness" and tagged Amanda Todd, bully, Bullying, Carol Todd, OPA. Bookmark the permalink.