Posted on December 17, 2019 by recoverynetwork:Toronto

What’s it Like Being Homeless in Toronto?
CBC’s The National
Toronto 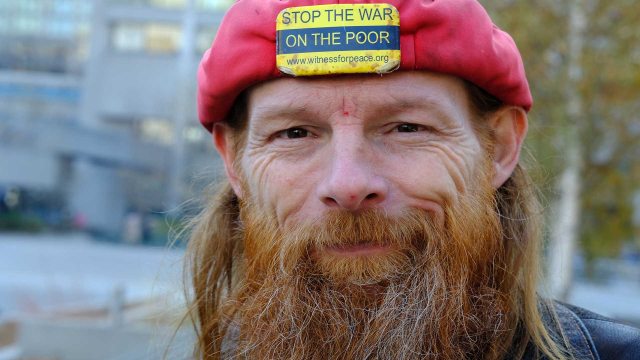 Toronto – like many cities and many towns too – is in a housing crises.

In Canada’s wealthiest city well over ten thousand people each night rely on a messy, convoluted  network of shelters and other facilities to find a place they can sleep for the night. Many also are unable to find a place to sleep – because there are not enough places for them. For many the offer is a seat in a 24 hr drop in. Many others sleep outside on grates and under bridges.

This system is bursting at the seams. New spaces opened up are filled to over capacity even within hours or days of opening.

This short report from CBC’s The National we find from four people a little of what its like for them living without a home in Toronto.

People become home-less for many reasons, usually a sequence of events that lad them to lose their income, supports, home, then find themselves at the mercy

Many – a majority – have also lived lives of hardship since their lives began.

Toronto is building homes – but not for ordinary people to live in.

UN Special Rapporteur on right to housing has called for a SHIFT – away from current focus on housing as profitable investment for giant financial funds – the “financialization of housing” to re-establish  the primary role of housing as homes for people to live in.

“the financialization of housing and its detrimental impact on human rights, in particular, the right to housing. From mass forced evictions to make way for luxury developments, to nameless corporations purchasing real estate from remote boardrooms, to empty homes and people pushed out of their communities because they simply could not afford to live there, the repercussions have been felt across the globe.”

These are not forces beyond our control. They are entirely of ow own making and only we can change this.

“Toronto the good” is rapidly becoming “Toronto The Hostile”.

We believe people can and do recover from "mental illness" - because we are living it. We believe in the power of supporting each other: learning from and with each other. You are welcome to join us..
View all posts by recoverynetwork:Toronto →
This entry was posted in Adversity, bollocks. Bookmark the permalink.
Loading Comments...