Posted on February 10, 2021 by recoverynetwork:Toronto

Leif E. Greez spills the  beanz and some tea on DBT
does it direct, forthright and honest,
and shares a few points you might find useful, some good and some not so… 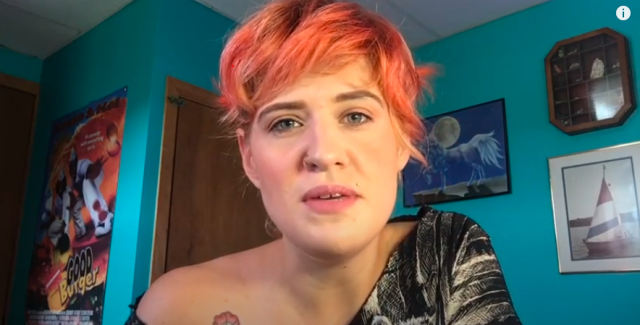 “Welcome to my twice weekly ramblings from a professional crazy person.”
“A video that I’m kind of scared to make because its controversial and it goes against something that’s become very popular within the field of psychology… and that is DBT – Dialogical Behavioural Therapy.
From my understanding Marsha [Linehan] basically put together a program that worked her, and the program that worked for her is a collage of different skills from different traditions, therapies, that she basically hodge-podged together and called her own.
And if you watch Marsha talk she’ll freely admit to this, no big deal, she simply took skills from different traditions such as Eastern mindfulness, distress tolerance, and mainly CBT skills.

DBT is mainly CBT re-packaged, she took the skills that worked for her, repackaged them through her own system. Everything looks very uniform in the DBT book. She made it so everything would fit within this modular system for modules: Mindfulness, Distress Tolerance, Emotion Regulation ,Interpersonal Relationship.

… pulled together components of different therapies that worked for her.
And that’s where the first problem comes in.

I’m a DBT graduate, went through over a year of DBT therapy, many, many hours of my life went into it:
individual sessions for one hour weekly; group session for two-and-a-half hours weekly; on top of that you’re doing daily homework.
So DBT becomes  a huge part of your life, and any time you’re dedicating a whole part of your life there’s going to be a little bit of indoctrination happening. Now that I look back at my own therapist I can see that she was kind of indoctrinated.

When you go to a centre that specializes in one thing  [ for example I was diagnosed as “borderline” by a DBT specific centre] you can damn well expect that you’re going to be diagnosed with the one thing they lik eto diagnose people with.
and if you’re not they’re probably not going to see you.
But these DBT centres want to make money… for every new patient  who comes to the centre makes them hundreds of dollars.
DBT is a money-making machine and any time money is involved people’s intentions are not necessarily the best.
DBT in my mind is built on a false premise:
Borderline Personality Disorder
Borderline Personality Disorder  is, I think, the most flawed diagnosis currently listed in DSM- the most sexist- and is the most misunderstood.  You can watch some of my videos … I also have a video about borderline stigma and how it relates to misogyny.
DBT was developed around the time BPD diagnosis came to the surface.
So in a way, Marsha – thank you you did something revolutionary , you tried to help people who were “un-helpable” and that’s cool.
I’m not saying that DBT is useless because its certainly not that.

There’s a lot of important skills that you can pick up.
But, just like Marsha went through and hand picked the skills that she wanted…
I kinda did the same.
The only thing that puts her at the top of the Borderline therapy that no one else wants to touch it.

Marsha has been the only one who was like,

“OK I’ll play with this fire. I’m already in this fire, so lets see what can happen.”
She’s become like a cult-y godlike figure who can do no wrong, say no wrong.
Kind of a brain-washer.
Its a bummer.
I think the problem comes when money’s involved.
Therapy needs to be authentic.
Therapy needs to prioritize the patient.
When your goal is to make money your patients are not necessarily going to be getting the best treatment.
I’ve realized Marsha is a business woman:
“Damn this woman is a business woman”‘

She has built an empire on DBT…

A crap ton of money.”

This is the first six minutes or so and  its all THIS good – especially the bit about how DBT does not address trauma
– so if you want more then watch for yourself [see below] …
Video Leif E. Greenz

We believe people can and do recover from "mental illness" - because we are living it. We believe in the power of supporting each other: learning from and with each other. You are welcome to join us..
View all posts by recoverynetwork:Toronto →
This entry was posted in bollocks, Ideas, Trauma, Uncategorized and tagged Borderline, DBT, Leif E. Greenz. Bookmark the permalink.
Loading Comments...