Posted on October 22, 2012 by recoverynetwork:Toronto 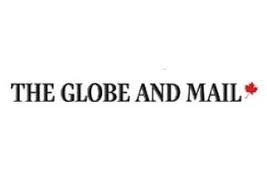 The Globe and Mail

Using harsh physical punishment to discipline children – including smacking, spanking and shoving – has a strong association with increased risks of mental and personality disorders, as well as drug and alcohol abuse, a new study from the American Academy of Pediatrics shows.

The study released Monday is the first of its kind to show that physical punishment can lead to these disorders even in the absence of more severe child maltreatment, such as sexual and emotional abuse or neglect. It examined data from the U.S. that tracked 35,000 individuals under the age of 20 from 2004 to 2005, and found that children who said they were spanked were 1.4 times more likely to suffer from depression, 1.98 times more likely to have an antisocial disorder and 2.31 times more likely to have a schizotypal personality disorder.

While the data doesn’t show that spanking causes mental disorders, it does present a statistically significant correlation, said Tracie Afifi, lead author and assistant professor of community health sciences at the University of Manitoba.

The results “send a strong message that spanking should never be used on a child,” Dr. Afifi said, adding that she used U.S. data because there is no similar data available in Canada at the national level.

In addition, researchers found that two per cent to seven per cent of mental disorders could be attributed to physical punishment.

Abel Ickowicz, psychiatrist-in-chief at the Hospital for Sick Children in Toronto, says that while this is a relatively small number, it still demands attention. “Look at it this way: If only 11 per cent of women get breast cancer, would you only screen 11 per cent?” he said.

Mental health disorders are usually multifaceted in their origins, he said, adding this study indicates corporal punishment may contribute to a “cumulative risk” of developing them.

The act of spanking is illegal in 32 countries, but is sanctioned in Canada under Section 43 the Criminal Code, providing reasonable force is used by a parent on a child aged two to 12. The issue faced a Charter challenge in 2004, with the Supreme Court upholding the law, under certain conditions. A 2008 Senate push to strike down the law similarly failed.

Despite this new research, Dave Quist, executive director for the socially conservative Institute of Marriage and Family Canada, said he was in favour of keeping the so-called “spanking law.”

He referenced a study published in the 2006 New Zealand Medical Journal which determined that punishing children by spanking did not make them more aggressive or anti-social as adults. It was based on interviews following 1,000 children over a 30-year period.

“There’s evidence on both sides that says spanking does and does not cause harm,” he said, adding that the smack should not leave a mark and avoid the face and head. “What we are saying is that is really depends on the child, the parents and the relationship they have. … It should be one of the many options available to [the parents] including timeouts and taking away privileges.”

Catherine Connors, who moved to New York from Toronto and writes the blog Her Bad Mother, says she has struggled with the issue of spanking, and has done it only once, when her daughter was three years old.

“She was throwing a fit and pushing her baby brother’s stroller into the traffic,” Ms. Connors said. “In that moment, I didn’t know how else to stop her from putting her brother in danger.”

She said she regretted her actions later, but to this day, doesn’t know what she should have done differently. She and her husband regularly discuss whether or not to use spanking as a form of discipline on their now boisterous four-year-old son.

“It’s difficult to talk about spanking openly becomes it’s demonized. When I wrote a blog [post] about spanking my child, some people said I was a child abuser and threatened to call the police,” she said.

But she says conversations with other parents leads her to believe more people do it than readily admit.

In a Strategic Counsel poll done in 2007 for The Globe and Mail , 78 per cent of Canadian parents of children under 18 believed that parents do not discipline their children enough these days – and 42 per cent believed spanking is beneficial to a child’s development.

In her experience, psychotherapist and parenting expert Alyson Schafer says most parents resort to spanking because they are “bankrupt of what else to do.”

“How a child interprets spanking is what really matters,” she said. “What kind of mixed message are we sending them when we say ‘hands are for hugging, not hitting’ and ask them to tell us if anyone hits, but then use force as parents?”

We believe people can and do recover from "mental illness" - because we are living it. We believe in the power of supporting each other: learning from and with each other. You are welcome to join us..
View all posts by recoverynetwork:Toronto →
This entry was posted in family, stress, what's going on?, youth. Bookmark the permalink.
%d bloggers like this: