Posted on November 15, 2012 by recoverynetwork:Toronto 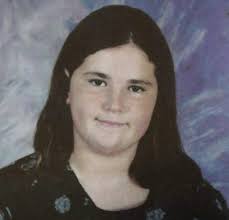 Ashley Smith died in custody of Canadian Correctional Service in 2008 aged 19 and having had her sentence extended everal times within months of expected release she ended her own life.

An Ontario Coroner’s inquest will begin hearing the case in 2013.

For two years the  lawyers and bureaucrats of the Canadian Correctional Services have been arguing that the Ontario Coroner’s inquest can only consider evidence  from the handful of days leading up to her death, that only this evidence is material to the case before the court.

Earlier this month the Ontario Coroner ruled that evidence from months prior will be considered. This ruling, means that several video recordings of the way Ahsley Smith was treated in custody will come into evidence, to be heard.

Ashley Smith’s parents have made it known that they wish for these videos to be made available so the world can see how Ashley was treated – in the hope that this kind of treatment is not meted out to others.

We have assembled some of the videos are here along with a key article from the Toronto Star.

The coroner’s inquest into the death of Ashley Smith will begin on January 2013.

We applaud the Smith Family and their legal team in their fight and for their willingness to make this information public.

Ashley Smith was originally sentenced to a month custodial sentence.

She was treated as you can see for yourself in these videos and was “awarded” a series of aditional detentions. Eventually, after four years, she ended her own life .

However wrong it is to throw anything at a postal worker, who hasn’t done similar stuff as a teenager?

Ashley Smith did not deserve this. No one does.

That is happened in Canada, a country that tells the world it is a leader in human rights,  is wholly unacceptable.

Please, if you can,  watch the videos and ask yourself these questions:

oh Canada!  what the fuck are you doing?

WARNING – you may find watching these videos upsetting and even triggering.

Published on Thursday November 01, 2012
Video: Ashley Smith: A Revealing and Disturbing Look Behind Bars
Newly released video provides a dark glimpse at episodes that occurred to Ashley Smith in custody.
Content is graphic, and may disturb some viewers.
Ashley Smith Behind Bars – The Unseen

Newly released videos provide a window into some of the treatment Ashley Smith received while in custody. These highlights are graphic, and viewer discretion is advised.

Ashley Smith asks the question in a childlike moan.

Aboard a small government plane, 33,000 feet in the air somewhere between Saskatoon and Montreal, the teen inmate can’t fathom a fate worse than what has just befallen her in a period of six minutes. 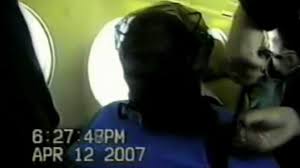 Her forearms are shackled to the seat’s armrests, a hood of black netting and canvas is pulled over her head of long, wavy brown hair and tied around her neck. The plane’s co-pilot, a member of the Royal Canadian Mounted Police, has just bound her wrists together with duct tape, restricting her as though in a straitjacket. And she is sitting in her own feces.

But it does get worse.

Three months later, no fewer than seven prison staff dressed in black helmets, gas masks and hazmat-type suits will pin her limp body to a metal gurney. Two will crouch on her legs to hold down her hips while others press a clear plastic riot shield to her belly. They will inject her with anti-psychotic drugs.

“You have to co-operate,” a woman identified on prison surveillance videos as Nurse Melanie tells a docile Smith.

“You have no choice.”

Nurse Melanie squeezes a syringe loaded with heavy anti-psychotic drugs into Smith’s arm without her consent and for no apparent reason.

The scene — at Joliette Institution in Quebec — repeats five times in the course of seven hours.

Three months later — Oct. 19, 2007 — Smith strangled herself to death with a piece of cloth inside her solitary confinement cell at Grand Valley Institution for Women in Kitchener.

Video evidence depicting the last few months of Smith’s life in the Canadian prison system aired publicly for the first time on Wednesday. Thirty-two minutes of footage assembled from several surveillance videos was screened in a Toronto coroner’s court at the inquest into her death.

It’s the result of a drawn-out legal battle between the Correctional Service and Smith’s family.

The family and other parties with standing at the inquest, including the prison guards’ union, an inmate rights group, and the provincial advocate for children and youth, say the videos are proof that presiding coroner Dr. John Carlisle should stand by his ruling to examine the teen’s entire 11 months in custody. In that time, she was punted 17 times from institution to institution.

One of the only constants was her admittance to a segregation unit where meals and medical check-ups were given through the small rectangular slot in the cell’s solid metal door.

The treatment she endured, the prison service’s “grotesque use of secure isolation,” the family says, contributed to her fragile state of mind at the time of her death.

The Correctional Service and a group of doctors backed by a medical malpractice insurer disagree. They say the coroner does not have the constitutional right to look at any aspect of Smith’s life outside of Ontario.

Federal prison lawyers argued a motion on Wednesday asking the coroner to dramatically narrow the inquest’s scope to examine only the final seven days of her life in custody.

Noble cited a medical report that said Smith experienced a “heightened sense of suicidality in the week before she died.”

What happened at other institutions before her death is “not relevant,” Noble told the court.

Lawyer Mark Freiman accused the Smith family and its supporters of using the inquest to mount a “political crusade.”

Freiman represents doctors Carolyn Rogers, Loys Ligate, Sam Swaminath and three other out-of-province physicians who treated Smith in custody but are not named.

Federal institutions, the court heard, are protected from such scrutiny by “jurisdictional immunity.”

Jocelyn Speyer, counsel for the coroner, is troubled by the argument.

“Twenty-six (inquest juries) have made recommendations to improve or enhance services provided by Correctional Service Canada,” she said.

If jurisdictional immunity was a real concern, she said, “they would have spoken up before now.”

It’s an argument that roils the Smith family.

“How could the Correctional Service in good conscience argue that their treatment of Ashley Smith could have no connection to her death,” said the family’s lawyer, Julian Falconer. “It flies in the face of common sense. Degrading and humiliating conditions of confinement will have an impact.”

On April, 12, 2007, the Regional Psychiatric Centre in Saskatoon prepared to transfer Smith following an alleged assault by a staff supervisor. A staff member reported seeing the supervisor strike Smith’s head against the floor.

Falconer described the decision to transfer her out of the facility where she had been receiving mental health care a “breach of trust.”

“You’re beaten and the way to deal with it is to ship the victim out. . . . This is how Correctional Service Canada does business.”

At 6:27 p.m., Smith boarded the plane en route to Institut Philippe-Pinel, a psychiatric centre in Montreal.

“Make a knot,” a female guard said, instructing a colleague on how to fasten the two hoods around Smith’s neck.

“Does that work?” one guard asked?

“It’s going to work,” another replied.

She asks guards to use the washroom, promising to not remove the hood.

Her pleas are ignored.

“You stay calm for a little while and then maybe we’ll talk,” a female guard tells Smith.

She begs guards to stop pushing on her left hand, which looks red and bloated.

At 6:33 p.m., the plane’s co-pilot emerges from the cockpit in dark sunglasses; a reel of duct tape in his hand.

“First, tape the two wrists together and then after strap (inaudible) legs,” he says.

“Owwww!” Smith screams, her entire body jerking as the co-pilot works the tape around her arms like a lasso.

Her mouth is concealed behind the black veil; there is not a tooth in sight.

“How can it get worse?” Smith asks.

“I’ll duct-tape your face,” he replies.

Correctional Service, which has been fighting for years to keep the graphic videos secret, abandoned its efforts last week after a Divisional Court judge rejected the federal agency’s motion for an emergency stay of the inquest.

The videos showed a side of the 19-year-old woman that is much different than the prison service’s depiction of her as an out-of-control inmate, says Kim Pate, an advocate with inmate rights group Elizabeth Fry, who tried to help Smith during her incarceration.

Five months before she died, Smith asked Pate to review her prison files to find out why she had been confined to a windowless room 23 hours a day, for months on end wearing little more than a padded suicide gown and shackles.

This is the second inquest into Smith’s death. The first was derailed when the presiding coroner retired after legal arguments delayed proceedings.

Carlisle reserved his ruling on scope.

Lawyers return to court on Nov. 14 to argue about the witness list. A jury is to begin hearing evidence in January.

ALSO ON THE STAR:

Who was Ashley Smith? A timeline

We believe people can and do recover from "mental illness" - because we are living it. We believe in the power of supporting each other: learning from and with each other. You are welcome to join us..
View all posts by recoverynetwork:Toronto →
This entry was posted in Uncategorized. Bookmark the permalink.
Loading Comments...