Posted on June 18, 2013 by recoverynetwork:Toronto

BBC Horizon documentary about our relationship with tiny little tablets of crushed powder that seem to have magical properties.

It also says a lot about our society’s magical belief in the power of Doctors and scientists to fix everything that troubles us.

This is a revealing that story casts the spotlight on the multi-billion dollar industry clothes itself in the language of  science yet remains , at its core, an accidental process. Medications are typically  discovered and brought to market less by deliberate design than by accidental  discovery: so that, only when we all become part of the experiment, can we find out what they really do for us – and whether that is worth the risk.

This is not an anti drug movie, it simply lays out how it is that we find new drugs, try them out and then find out how they really work.

We get to hear from doctors talking about balancing risks and benefit; from scientists who spend their days searching for a match between complaints people have and the millions of secret compounds contained in that temple to modern science that is the massive, robot drug factory – the chemical compound library of a major drug company;

We even get to meet the scientist who devised the robot penis simulator used to test the hypothesis that one drug -UK92,480 –  that was failing dismally in trials as a heart medicine yet seemed to have another upstanding side effect – and went on to become the world’s best-selling medicine, dispensed at a rate of six every second.

It also opens a window onto how medicine conceives of the problems people report, categorises them as chemical problems then reduces then to the task finding the magic compound in vast libraries of chemicals that are both potential killers and potential  blockbuster drug.

It might also help you believe a little less in the magical properties of medicines and magical powers of Doctors – and prompt you to take a more of an active interest in  the drugs you might take or me offered by your Doc.

Over the course of your lifetime you are likely to be prescribed more than 14,000 pills.

– pills that will possibly save and extend your life by decades, or shorten it, even or kill you.

The Faustian bargain in your medicine cabinet

The experimental nature of medicine[s]

“in the 1950s depression was a strictly private affair – those that sought help got little in return. Those drugs that were on offer were unlikely to lift your spirits.

“It all changed when a new wave of drugs came along… Suddenly deprtession had become a treatable condition and that made it more socially acceptable. By the 1990s the number of people coming forward seeking treatment tripled.

“Soon SSRIs were seen as a solution to everything.

“WAY overkill . Everyone now admits that was true”

“In time the tide began to turn against SSRIs. As more and more people took them some disturbing side effects began to emerge.

“The risks are that approximately… 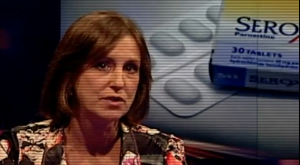 “The makers of the controversial antidepressant drug Seroxat have been  criticised by the [UK] healthcare regulatory body for withholding information  about the risk of suicidal behaviours associated with the drug.”

“In 2006 GSK the makers of Seroxat admitted that it increased the rate of suicide eight times.

Sadly side effects from drugs are nothing new…

“The greats drugs disaster of the post-war era. Given to expectant mothers with morning sickness in the late 1950s, it was not long before its devastating side effect became clear.

“Thalidomide was withdrawn in 1961 and brought with it new drug trials procedures that were supposed to prevent anything like it happening again.

“In the past five years, in the UK alone, eight drugs have been withdrawn from the market by regulators. 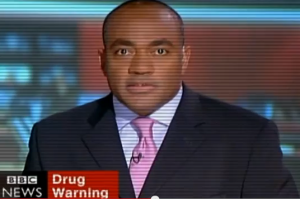 “There are warnings that a drug used worldwide by millions of people with arthritis can increase the risk of heart attack.

“the benefits no longer outweigh the considerable risks.

“the anti-obesity rug rimonobant was banned because it could cause suicide.

Used to treat rheumatoid arthritis and menstrual pain was withdrawn after it caused 140,000 heart attacks in five years.

All drugs are experimental

“The discovery of undesired side effects is, however,  intrinsic to the experimental nature of medicine.

“There is no such thing as a totally safe medicine.

‘what risks are you prepared to take, for what benefits?’ 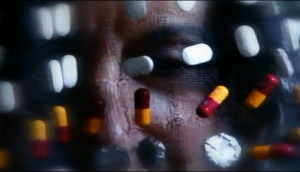 “Side effects are not restricted to the dangers written on the back of the packets.

“The thing that set out to become the solution has become the problem itself.

“Codeine tablets don’t contain enough to give additional pain relief but there is enough to get you hooked. “These used to be my best friends, they’re not now, I hate ’em”.

If I could invent a pill…

“Despite how dangerous pills can be, we still love them…

Drugs now don’t just target specific organisms-in the way an antibiotic targets an infectious organism – they are used to treat ng risk factors in populations: blanket prescriptions that are assessed less by the effects they have directly on you and your life, but upon risks across an entire population.

If you’ve got a drug that’s designed to treat not sick people, but “everybody”, a pill that  everybody ” needs to take, that ey treat must be a dream come true.

There are huge number of people using these pills whose lipid levels come down but they experience a series of problems caused by the drugs.

We may be faced with a choice – a shorter life or a longer one that’s not as much fun.

“We’ve moved from is a world in which we thought that drugs were poisons and the art of  medicine was to make sure that the person had a reasonable serious condition that posed risks justified the risks that we knew came with the pills. …to a world where the drugs are now viewed as fertilizers, they can do no harm if we just spread them around the place – widely.

Getting real about drugs

Drugs have the power to save and to ease lives. We will discover new drugs, and new uses for old ones. But there is no escaping the truth: 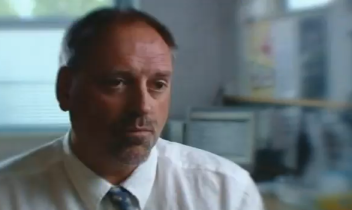 “I’ve spent my entire career prescribing medicines of one sort or another to patients of every kind. I honestly believe that for eth majority of those patients, we’ve done more good than harm.

…You just have to trust him

We believe people can and do recover from "mental illness" - because we are living it. We believe in the power of supporting each other: learning from and with each other. You are welcome to join us..
View all posts by recoverynetwork:Toronto →
This entry was posted in anatomy of an epidemic, learn about your medications, medication madness. Bookmark the permalink.
Loading Comments...