[…continued from Reducing the pool of normal]

For all the fuss, at least DSM5 is, unlike  its predecessors,  inclusive – since its authors worked sooo hard to  invents enough disorders so we can all have one and we can all find ourselves a place in it. We need not  look too hard to find ourselves featured on at least one of the thousand or so pages of this big book of woe and disorder.

Spend some time with it [and about five minutes is more than enough] and you’ll find it hard not to come away thinking of yourself as something of a trendsetter in mental health – having multiple diagnoses or comorbid disorders, since you likely qualify for at least a handful, if not a few dozen “disorders”.

For this is the nature of the beast – and perhaps a feature of careful design.
Notice, if you will, how…

Before long you’ll be wondering:

“do I need to get me some more drugs?”

Ladeeeez! and Gen-el-men!, Roll up!
It doesn’t come with fries and a coke, neither a donut  nor even a doughnut but multiple disorders and it’s ugly twin  polypsychopharmatherapy are biomedical psychiatry’s version of that modern marketing phenomena of “upselling” – the combo.

It is no longer good enough to have just one mental disorder. To be truly modern we must be multiply disordered, at-least dually-diagnosed and polypharmacy-ed till we rattle with pills as we waddle and shuffle along the road to our next appointment..

Forget about work: you will need all your time for

shuttling  between and waiting in waiting rooms for appointments with multiple diagnostical  specialists who send each other faxes and letters [why don’t they talk? or email?] arguing about arguing,  about about the right diagnosis and golf handicaps, till eventually you get more drugs and they get more money for the fancy new golf clubs that dubious research shows will reduce that golf handicap better than placebo.

We have become reduced, in this understanding of what it means to be human, not even to machines- but to  simple receptacles for chemicals  and with a similar capacity to that of a golf bag: 140,000 pills in the average adult lifespan.

No wonder they call us “consumers”.

Along with the simplistic understanding goes the simplest model for a regime of “care”:

When that breaks down completely they might  see what happens when they  plug us into the electricity supply. This is all to increase the effectiveness of the drugs,  or at least to ensure our  compliance with their belief in their  drug culture.

A visit to the Doc

When we visit the doc, it goes something like this:

“how are you doing?”

which both people in the room understand to mean:

“how are the drugs?”

“do we need to give you more drugs?

“See you next time, don’t forget the drugs.”

Next time try asking if your doc if they have some free samples.  They always do.

Sometimes, we visit the doc minded that we will talk about something other than drugs, but, still,  we always do come away with more drugs.

Now and then we might feel the drugs are not working so well and we might book an appointment, walk into  or get taken into  some service centre – where we are given a fluid change, new filters, tyre rotations and  periodic overhaul.

Oops,  sorry, that’s the car but it’s actually not that different. Hospitals offer the same standardised package deals:  three, ten,  21 day stays from which we  emerge, overhauled with a fluid change – spanky new drugs  that are “more targeted” with “fewer KNOWN side effects” : the  “non-typicals” that, all too typically, in a few years will be revealed  to have at least as many and more harmful  side effects  as the old “typicals”.

Meanwhile  new longitudinal studies [medical research that lasts longer than six weeks]  will in time reveal that you’d likely have done better on fewer drugs, or no drugs, or if you lived in a developing country where there is no access to the drugs you’ve been taking these last few years.

These centres now even advetrtise their overhaul packages as if they were spa breaks  and target them to those situations in which you are at your most vulnerable. Find them  at transit shelters where you can be subliminally tempted, hypnotised even, into dreaming of clean white sheets  as you wait, late and anxious to get to that sucky job with the suckier boss that is  slowly grinding you to existential dust and driving you nuts.

Doctors’ – and by extension other “healthcare” workers’ – role has now been reduced to that of mechanic: they no longer treat the person in front of them but the diagnosis – or more likely the collection of diagnoses.

Once that diagnosis or collection pops up next to our name on the screen in front of them, it also  pops up  the “gold standard” model of treatment:  a list of drugs  and woe betide if they fail to comply. 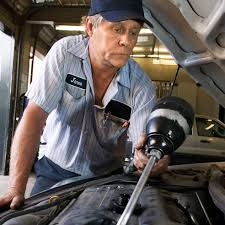 Intended or unintended,  by reducing us to non-human Doctors have also reduced themselves: role of the modern doctor can be seen as essentially a combination of a mechanic on piecework, and a drug salesman on a fat commission. The job sucks most of the time  but the money and perks rock their world so they soldier on. bless em.

Surely it’s time to reject this view: certainly influential others have.

Dsm contains not one disorder that has been proven by science. The  assumption that all mental illnesses are caused by “chemical imbalances ” has not been proven. Indeed there is growing evidence that many other factors play a bigger role, are more predictive of outcome and offer more information about what might help people for longer than a few weeks.

Surely its time Doctors reject this approach, and abandon the DSM mythology  – if not in support of their patients then for their own integrity?

Even the NIMH – the world’s largest funding body for mental health research – has set out its stall: stating that the DSM so lacks in scientific or useful basis that it can no longer serve as a valid basis for funding research. “Patients deserve better”

Really, DSM so lacks in scientific basis and is so completely messed-up that it is difficult to see how it  can serve as a valid basis for anything much.

And Insell is right, patients do deserve better:  it would be a good start if  Doctors and all the caring professions were  at least as honest as a car mechanic.

Like Loading...
This entry was posted in making sense of "mental illlness", medication madness, The Mad Ones, what's going on? and tagged DSM-5, medication, mental health, Psychiatric medication, Psychiatry. Bookmark the permalink.

1 Response to the combo – psychiatric soup