Posted on July 14, 2013 by recoverynetwork:Toronto

The clip is from Adam Curtis’ movie documentary project

Rosenhan had been following the work of R.D. Laing [right] who was one of the leaders of  “antipsychiatry” movement which held that psychiatry was a fake science whose categories had no basis in reality,  and that was used as a system of political control over those who wanted to break free from a violent collapsing society.

Rosenhan wanted to find a way of testing whether what Laing said was true.
He designed and performed an experiment to test if “could psychiatrists in America  distinguish between madness and sanity?”.

David Rosenhan assembled a team of eight people including himself, none of whom had ever had any psychiatric problems, to gain admittance to twelve mental hospitals across the country. On arrival at their assigned institute the team member would present themselves to the psychiatrist on duty and report that they were hearing a voice in their head that said the word “thud“.

That was the only lie they would tell, otherwise they would behave as normal and respond to questions truthfully.

“they were all diagnosed as insane., admitted to the hospital.”

“…there was nobody who could have judged these people as insane.”

“no body thought we would be in there for two months”

Once admitted the “pseudo patients”, as they became known,  ceased to report any symptoms and acted normally. Yet the hospitals refused to release them. They were all admitted for treatment and diagnosed insane – seven were given psychiatric diagnoses schizophrenia, one a diagnosis of bipolar disorder.

They were all given powerful psychotropic and found there was nothing they could do to convince the doctors they were sane. It quickly became clear that the only way out would be to agree that they were insane,  to comply with treatment and pretend to be getting better.

When Rosenhan finally got out and reported the experiment there was an uproar.

He was accused of trickery and deceit – one hospital challenged him to send some more fake patients, guaranteeing that this time they would spot them: Rosenhan agreed.

After a month the hospital proudly announced that they had spotted forty one of Rosenhan’s fake patients.

Rosenhan proudly announced that he had sent none.

Well, most everyone thought so but the American Psychiatry Association threw their toys out of the cot and took their ball away… 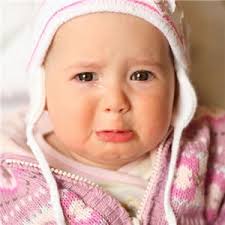 see part 2 for the backlash to criticism from the likes of Rosenhan and Laing: DSM-III….

We believe people can and do recover from "mental illness" - because we are living it. We believe in the power of supporting each other: learning from and with each other. You are welcome to join us..
View all posts by recoverynetwork:Toronto →
This entry was posted in The Mad Ones, what's going on? and tagged Adam Curtis, David Rosenhan, Psychiatry, R. D. Laing, Thud, Trap. Bookmark the permalink.