The Backlash – On Being Sane In Insane Places pt2

Posted on July 17, 2013 by recoverynetwork:Toronto

The response to David Rosenhan’s experiment [see part 1 here] from the  private members club the American Psychiatric Assciation was far from being a happy one. [see right] It was after all their game, their club and their ball and they’ll cry if they want to.

It resulted not in the end-to-psychiatry that was being called for and predicted by Laing and the anti-psychiatry movement but rather an emboldenment and entrenchment.

Having long felt harried by Laing’s indeferent assault to their right to absolute power and absolute truth, the APA was now righteously peeved at Rosenhan’s utter, unscientific,  cheating-ness.

They cried foul, retreated and set to creating the brave new world that we have lived in since – in which we are brainwashed to believe them that mental disorders are objectively real and objectively diagnosable using lists, tick boxes and those fancy new computer thingys.

And if we don’t believe, then they’ll give us drugs enough til we do. 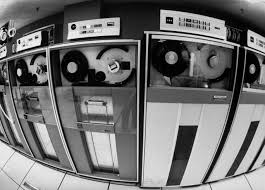 Publicly humiliated and made to look like  a right bunch of numpties by a bunch of pseudopatients, psychiatrists were now being shunned even more obviously than before by other medical specialties as not real doctors, who did not practise real medicine – sort of pseudo-doctors or hallucinations, if you like .

They threw Freud and his ideas onto the bonfire, struck a colony* of  committees to invent a whole new bunch of disorders with technical and scientific-y sounding names that could be rationally sorted through with cunning lists of symptoms, cunning questionnaires and even cunning-er computers – so creating a grand delusion of objectivity and a highly scientific aura of science-y-ness.
.

Tis merely an aside, but I could I find a collective noun for committees? Not on your Nelly so I  borrowed colony, as in colony of weasels which seems a good fit.

Drunkenness was my second favourite but I thought that would be unkind to cobblers – if there are any left.

There  was also “quack” – which I favoured greatly, but dropped lest it might lead to charges of an epidemic of duck-abuse.

.
.
artist’s  impression of  a colony of committees of the American Psychiatric Association

At the same time as dropping Freud’s ideas, the APA realised that the number-crunching ability of new-fangled computer technology could now be harnessed to perform the sorting of all those ticks on all those checklists and, since, in the 197os  computers were huge and hot and housed in “laboratories”, that would also lend an even greater air of number-y, science-y-ness.

Now we would no longer have a skilled and artful  physician doing the diagnosis but a mechanic and a machine-in-a-laboratory. Science at last – credibility, or what?

Yes, the psychiatric diagnostic system we have today was designed so that a lay observer could use a checklist to tick off symptoms, then input that data so the computer could  make the diagnosis.

This image from Joe 90 – a kids TV show from the same era – gives you the idea.
This so obviously has to be the model for APA’s  ideal diagnostic system..

Little wonder, then that there is  no biological test – because there are no bio-markers to test for – not one for all the hundreds of so called “mental disorders” listed in DSM: there never was a biological basis; just like there never was any relation to the person’s experience , relationships or  environment.

The root algorithm of the  DSM scheme of diagnosis is not biology but computing – and list making: enough list making, in fact, to get you diagnosed with one of those disorders.

.
The most useful kind of marker in diagnosing mental illness looks like this one.

Here we go back to Adam Curtis’s excellent movie, with  another clip – longer at 6:39 mins and some. It starts in the same place as in part 1 so if you already got that down, jump right in at about  4mins or just watch R.D.Laing and Rosenhan again  and revel in the fun. Be ye warned, though, the ending is not happy, happy hollywood.

DOES YOUR MOOD GO UP AND DOWN?

DO YOU EVER FEEL JUST MISERABLE FOR NO GOOD REASON?

Here we have it then, from the inventor of the psychiatric diagnostic system himself, Robert Spitzer who headed up the DSM III project:

“so the diagnosis is made by computer: there’s no clinical judgement required.

So why all the clinicians then?

– to hand out chits for drugs, of course.

Seriously, you couldn’t make this stuff up.

We believe people can and do recover from "mental illness" - because we are living it. We believe in the power of supporting each other: learning from and with each other. You are welcome to join us..
View all posts by recoverynetwork:Toronto →
This entry was posted in anatomy of an epidemic, making sense of "mental illlness", myths about mental illness, The Mad Ones, what's going on? and tagged Anti-psychiatry, APA, David Rosenhan, DSM, Nelly, Sigmund Freud. Bookmark the permalink.