Posted on August 6, 2013 by recoverynetwork:Toronto 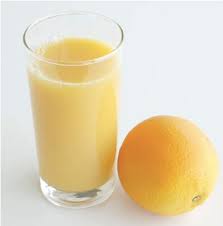 In an important  ruling that took three-and-a-half years and that went almost unreported in media – thank you National Post – the Ontario Court of Appeal ruled last week, making it clear that doctors and hospitals cannot ignore the rights of patients.

Hospital staff at St Michael’s had been administering Risperidone, a powerful neuroleptic medication, in orange juice to the patient without either her knowledge or consent, to make her “more compliant”..

how would you like your juice, madam – with antisychotics?

The psychiatrist had justified this by claiming the patient who was being treated for Lupus lacked capacity to make decisions for herself. When later the same patient was given the same medication by injection she appealed to the Consent and Capacity board and then to the superior court – both upheld this practice.

The process took three and a half years but last week the Ontario Court of Appeal ruled on the case. In a strongly worded statement the Court of Appeal found that the Consent and Capacity Board made errors in process and judgement and ruled the finding of incapacity by  the Consent and Capacity Board was unreasonable and could not stand.. “the finding of incapacity was unreasonable and cannot stand.” Some findings of the Court of appeal…

on corroboration of evidence from other sources

The court also provided information making clear what information is properly required in such cases. The test for determining if a person is unable to decide for themself is clear and  is in two parts. This description is from Mills and Mills LLP Legal Blog

“The statutory test for capacity consists of two parts:

1. Is the person able to understand the information relevant to making a treatment decision; and

2. Is the person able to appreciate the reasonably foreseeable consequences of his or her decision.

This test involves a look into the patient’s actual appreciation of factors which should inform treatment decisions.  These factors include an appreciation of the nature and purpose of the proposed treatment, the foreseeable benefits and risks of the treatment, the alternative courses of action available, and the expected consequences of not having the treatment.  The test does not ask whether other people consider the patient’s decision to be reasonable.”

In the ruling The Court, as is routine, thanks counsel for their submissions including Anita Szigeti counsel for the appellant. Anita, we’d like to thank you too.

Would you trust his man to serve you orange juice?

Shree Bhalerao ordered risperidone in patient’s orange juice without her knowledge or consent, to make her “more compliant”. In giving evidence…

The Ontario Court of Appeal found his evidence was

Psychiatrists eh? Who needs anti-psychiatry when the “profession” has people having like this.

If a waiter in a restaurant slipped drugs into your orange juice it would be at least a sackable offence – we think the same, at least, ought to apply here. Clearly this doctor lacks insight – lets hope, after this ruling,  the profession and the hospital gets some and both give him the boot – and fill it with juice.

Seriously folks, you couldn’t make this shit up.

National Post filesA recent judgment against Toronto’s Saint Michael’s Hospital clarifies what kind of evidence to prove a person’s incapacity will withstand legal scrutiny, and it reinforces a patient’s right to refuse medication.
Nearly four years after staff at Toronto’s Saint Michael’s Hospital started slipping an anti-psychotic drug into a woman’s orange juice while treating her for lupus, Ontario’s highest court has tossed aside the ruling that allowed her to be drugged against her will, in part because the psychiatrist who diagnosed her with schizophrenia admitted he was “making parts of [her symptoms] up.”

In a sharply worded ruling, the Court of Appeal said there was “no evidence” the woman ever agreed to medication, and overturned the Consent and Capacity Board’s “unreasonable” finding that the woman was mentally incapable of doing so.

“It certainly is a forceful ruling,” said Anita Szigeti, lawyer for the woman, Amy Anten. “It’s important for her personally. In my respectful submission, it’s also very important — and the court appears to have agreed by considering the matter on its merits — to give the Consent and Capacity Board, and also the first appellate level of reviewing court, some guidance on how to really weigh the evidence that goes to the heart of the Charter-protected right of the person against forced treatment.”

The judgment clarifies what kind of evidence to prove a person’s incapacity will withstand legal scrutiny, and it reinforces a patient’s right to refuse medication, which the Supreme Court of Canada upheld in 2003.

Ms. Szigeti also said despite that top-level legal guidance, a “pervasive paternalism” has revealed itself in medical institutions, such that now it is “absolutely commonplace for a physician to just give his or her opinion” that patients cannot make choices about their own treatment.

“You risk rubber-stamping a physician’s finding of incapacity, without ultimately a shred of evidence to support it,” she said.

The new ruling, released on Monday, found the anti-psychotic schizophrenia drug Risperidone appears to have been administered without Ms. Anten’s knowledge in orange juice “to improve her compliance” with the treatment regime. It was later injected with her knowledge.

It finds that Dr. Shree Bhalerao, a psychiatrist at Saint Michael’s Hospital, gave “confusing” testimony about his initial exam of her, and could not justify his decision to re-categorize her psychosis as schizophrenia, based on a sketchy history. The court was particularly critical of his explanation that the medical team “tried our best to assure her that [her delusions about people attacking her] weren’t happening, but again, I mean it’s her word against ours and we tried our best to alleviate that by using that kind of floor [sic] of medications.”

‘You risk rubber-stamping a physician’s finding of incapacity, without ultimately a shred of evidence to support it’

Ms. Anten, whose age is not specified but is older than 40, testified she did not believe she was ill when she was hospitalized in November 2009.

“I feel numb mentally and physically,” she testified. “I feel more angry and more depressed and I do start feeling as if people are harming me. Although I did before, but it appears from what [Dr. Bhalerao] said that I was being given medicine before I even realized it. So it could be as a result of this medicine entirely that I have made such, um, made such admissions that people were harming me but there was a particular patient who was here and she left recently about a half a week ago, and I believe she was harming me while I was sleeping.”

The ruling criticized the Consent and Capacity Board for finding that, as a result of her illness, Ms. Anten was unable to appreciate that medication would benefit her, and that she was unable to compare her fears of side-effects with “the fact that without treatment the psychosis would continue unabated,” as the board put it.

“There was no evidence to support such a finding,” the court concluded. “To the contrary, while there was unchallenged evidence from [Ms. Anten] of the side-effects of treatment, [Dr. Bhalerao] offered no evidence of any benefit.”

The court declined to order a new hearing, because Ms. Anten has been the subject of subsequent capacity hearings, with various outcomes. “In these circumstances, nothing would be gained by ordering a new hearing,” wrote Justice Marc Rosenberg for a three-judge panel.

We believe people can and do recover from "mental illness" - because we are living it. We believe in the power of supporting each other: learning from and with each other. You are welcome to join us..
View all posts by recoverynetwork:Toronto →
This entry was posted in if its forced then its not "treatment". Bookmark the permalink.
Loading Comments...