Posted on December 9, 2013 by recoverynetwork:Toronto 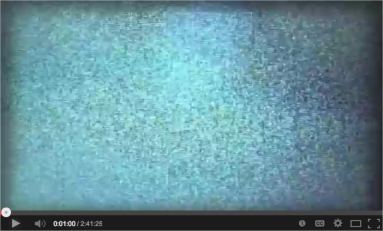 This is an extended [14min] clip from the excellent movie Zeitgeist: Moving Forward by Peter Joseph .

It includes interviews with people you’ll recognize here – Gabor Maté and Robert Sapolski – plus a couple of new ones Richard Wilkinson and James Gilligan.

The clip is embedded at the foot of the post, as is the  full movie.

It debunks the common misconceptions held around genetics and outlines how genes contribute and help us respond to and survive in, our environment.  There’s a brief  explanation of epigenetics – how genes and environment interplay – especially in relation to chronic illnesses, mental health and addictions, leaving people more disposed to each.

It also sets out how environment begins not when we are born but from when we become a foetus.

This is a stunning piece of work – this clip is 14 mins from an hour long movie, itself only one part of three.

The following is words and images  from the movie:

“One  of the most crazy-making and yet widespread and potentially dangerous notions is ‘oh, that behaviour is genetic’ .

Now what does that mean?

It means all sorts of subtle stuff if you know modern biology but for most people it winds up meaning is a deterministic view of life, one rooted in biology and genetics and ‘genes equal things that can’t be changed’; genes equal things that are inevitable; and that you might as well not waste resources trying to fix; you might as well not put societal energies into trying to improve because it’s inevitable, its unchangeable.

…and that is … sheer nonsense.” 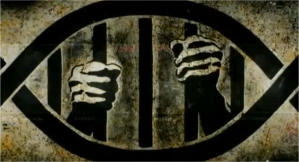 The truth is the opposite:
Nothing is genetically programmed.

There are very rare diseases, I mean a small handful, extremely sparsely represented in the population, that are truly genetically determined.

Most complex conditions might have a pre-disposition that is a genetic component but a predisposition is not the same as a predetermination.

The whole search for diseases ion the genome was doomed to failure before anybody even thought of it because most diseases are not genetically predetermined.

And out of a 100 women who do have the genes not all of them will get cancer. 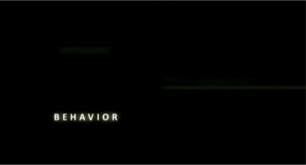 “Genes are not just things that make us behave in a particular way regardless of our environment.

Genes give us different ways of responding to environment.

In fact it looks as if some early childhood influences – the kind of childrearing affect gene expression: actually turning on and off genes to put you on a  different developmental track that may suit the kind of world you’ve got to deal with.

That’s an epigenetic effect.
Epi means ‘on top of ‘

The epigenetic influence is what happens environmentally to either activate or deactivate certain genes. 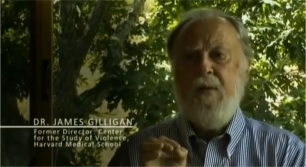 James Gilligan
“In New Zealand there was a study in which thousand of individuals were studied from birth up to their twenties.

What they found was that they could identify a genetic mutation, an abnormal gene which did have some relation to the predisposition to 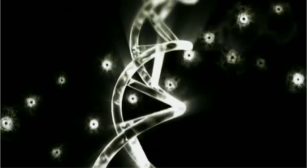 commit violence but only if the individual had also been subjected to severe child abuse.
In other words a person who had this gene would be no more likely to commit violence than anyone else. and in fact they actually had a lower rate of violence than people with ‘normal’ genes as long as they weren’t abused as children.

Robert Sapolski:
“A great additional example of the way genes are not be all and end all…

Fancy technique where you can take a specific gene out of a mouse and its descendants will not have that gene, you have knocked out that gene.
there’s this gene that codes for a protein that has something to do with learning and memory.

And this fabulous demonstration: knock out that gene and you have a mouse that doesn’t learn as well. 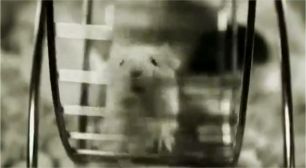 ‘Ooh! a genetic basis for intelligence’

What was much less appreciated in that landmark study that got picked up by the media left right and centre, is:  that take those genetically impaired mice and raise them in a much more, enriched stimulating environment than your normal mice in a lab-cage – and they completely overcame that deficit.

So when one says in a contemporary sense that ‘this behaviour is genetic’ – to the extent that’s even a valid phrase to use – what you’re saying is that there is a genetic contribution to how this organism responds to environment.

Genes may influence the readiness with which a certain organism will deal with a certain environmental challenge. 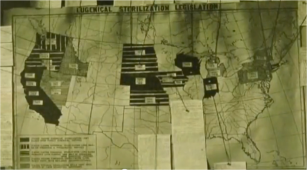 That’s not the version most people will have in their minds, and not to be too soap-boxy about it but, run with the old version of ‘oh, its genetic’
and … that’s not that far from the history of eugenics and things of that sort.

Its a widespread misconception and potential a fairly dangerous one.

James Gilligan:
“One reason that the sort of biological explanation  for violence – one reason that hypothesis can do harm is potentially dangerous: it’s not just misleading, it can really do harm – is because if you believe that you could very easily say that:

well, there’s nothing we can do to change the predisposition that people have for violence –

all we can do is punish them for becoming violent: lock them up or execute them,

but we don’t need to worry about changing the social, environment or the social preconditions that may lead people to become violent because that’s irrelevant.’

“The genetic argument allows us the luxury of ignoring past and present historical and social factors. And in the words of Louis Menand who wrote in the New Yorker, very astutely he said:

“It’s all in the genes, an explanation for the way things are that does not threaten the way things are.
Why should someone feel unhappy or engaged in antisocial behavior when that person is living in the freest and most prosperous nation on Earth?
It can’t be the system. There must be a flaw in the wiring somewhere.”

Which is a good way of putting it.

So, the genetic argument is simply a cop-out which allows us to ignore the social and economic and political factors that, in fact, underlie many troublesome behaviours.’

Addictions are usually considered today to be a drug related issue.

Looking at it more broadly, I define addiction as…

any behaviour that is associated with craving , a temporary relief, and with long-term negative consequences, along with an impairment of control over it.

So that the person wishes to give up or promises to do so but can’t follow through.

When we understand that we can see that there are many more addictions than those related to drugs...

There’s the addiction to power.

Nothing is ever enough for them.

The addiction to oil.

Where it leads to wealth and to the products made accessible to us by oil.

Yet look at the negative consequences on the environment: we’re destroying the very Earth that we inhabit for the  sake of that addiction.

Now these addictions are far more devastating in their social consequences than the cocaine or heroin habits of my downtown eastside patients.

Yet they’re rewarded and considered to be respectable.

The tobacco company executive that shows a higher profit will get a much bigger reward.

He doesn’t face any negative consequences legally or otherwise.  In fact he’s a respected member of the board of several other corporations.

But tobacco smoke related diseases kill five and a half million  people around the world every year. In the United States they kill 400,000 people a year. And these people are addicted to what? to Profit.

So what is acceptable and what is respectable is highly arbitrary phenomena in our society. And it seems like eth greater the harm, the more respectable the addiction.

There’s a general myth that drugs in themselves are addictive.

In fact the War on drugs is predicated on the idea that if you interdict the sources of drugs you can deal with addiction that way.

People go shopping without becoming shopaholic, not everybody becomes a food addict, not everyone who drinks a glass of wine becomes an alcoholic.

The real issue is:  what makes people susceptible?
Its the combination of a susceptible individual and the potentially addictive substance or behaviour that actually then makes for the full flowering of the addiction.

In short it’s not the drug that’s addictive, it’s a question of eth susceptibility of the individual to being addictive to a particular substance or behaviour.

For us to understand what makes someone susceptible we have to look at their life experience.

The old idea – its old but still broadly held – that addictions are due to some genetic cause is simply scientifically untenable.

What the case is actually is that certain life experiences make people susceptible.

Life experiences that not only shape the person’s personality and psychological needs, but also their very brains in certain ways.

And that process begins in utero.

Its been shown for example that if you stress mothers during pregnancy their children are more likely to have traits that predispose them to addictions.

and that’s because development is shaped by the psychological and social environment. So the biology of human beings is very much affected by life experiences – being in utero.

Environment does not begin at Birth.

Environment begins as soon as you have an environment. as soon as  you are a foetus you are subject to whatever information is coming to you from your mom’s circulation, hormone levels and nutrients.

Great landmark example of this, the Dutch Hunger Winter: 1944, Nazi  occupying Holland. For a bunch of reasons they decide to take all the food an divert it to Germany. For three months tens of thousands of people starving to death.

What the Dutch Hunger Winter Effect is: if you were a second or third trimester foetus during the starvation, your body learned something very unique during that time.

As it turns out second, third trimester something that your body is going about trying to learn about the environment is

‘well, how menacing of a place is it? how plentiful, how much nutrients am I getting?

Be a foetus who’s starving at that time and your body programmes for ever after to be really, really stingy with your sugar and fat and what you do is you store every bit of it.

Be a dutch Hunger Winter foetus and half a century later then, everything else being equal, you are more likely to have high blood

That is environment coming in – in a very unexpected place.

You can stress animals in a laboratory when they’re pregnant and their offspring will be more likely to use cocaine and alcohol as adults.

You can stress a human mother, for example in a british study women who were abused during pregnancy, will have higher levels of the stress hormone cortisol in their placenta at birth  – and their children are more likely to have conditions that predispose them to addictions, by age seven or eight. 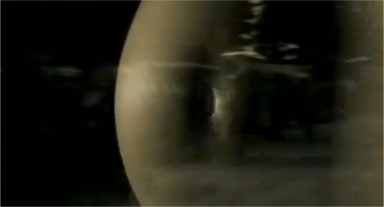 So, in utero stress already prepares the ground for all  kinds of mental health issues.

[e.g.] In an Israeli study done on children born to mothers who were pregnant prior to the onset of the 1967 war these women were of course very stressed – and their offspring have higher incidence of schizophrenia. 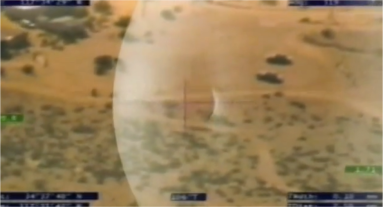 There’s plenty of evidence now that pre-natal effects have a huge impact on a developing human being.”

We believe people can and do recover from "mental illness" - because we are living it. We believe in the power of supporting each other: learning from and with each other. You are welcome to join us..
View all posts by recoverynetwork:Toronto →
This entry was posted in myths about mental illness and tagged Gabor Mate, Genetics, James Gilligan, myth, Richard Wilkinson, Robert Sapolsky. Bookmark the permalink.
Loading Comments...