Posted on February 18, 2014 by recoverynetwork:Toronto 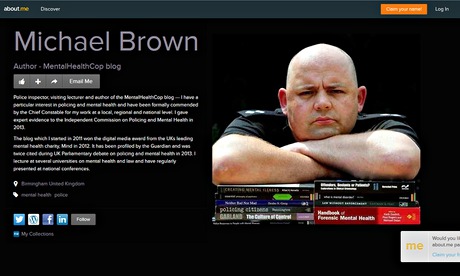 Michael Brown is an experienced, senior and intelligent and sensitive police officer.
And yes, he’s for real .
Having been frustrated at is own experiences  encountering people in the kind difficulties – of the kind that get called “mental illness” – and having had only two hours training Michael decided there was room for an internet source that could share information, fill in some of the holes and  ask a few questions.
.
As he says…

MentalHealthCop is Michael Brown’s private blog and is the best source out there examining  issues of where mental health and policing come together. Michael Brown is a credit to police everywhere for his thoughtfulness, willingness to admit what he doesn’t know and to ask some difficult questions not just of police services but of medical institutions and of our society. 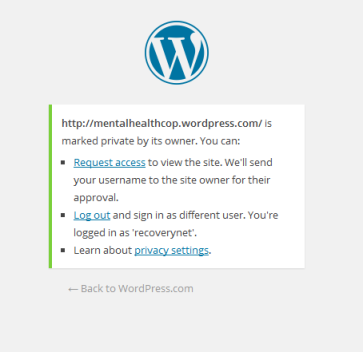 “I am a fan of what he has done” he said, “but some things require proportionate investigation.”

Asked how long the investigation would take, he said

“I have directed that it is prompt and proportionate, don’t know the answer but would hope it’s a matter of days rather than weeks.”

and let’s hope Asst Chief Constable Garry Forsyth is as good as his word.

We believe people can and do recover from "mental illness" - because we are living it. We believe in the power of supporting each other: learning from and with each other. You are welcome to join us..
View all posts by recoverynetwork:Toronto →
This entry was posted in Crazy World, The Mad Ones, what's going on? and tagged @mentalhealthcop, mental health, policing. Bookmark the permalink.

1 Response to @MentalHealthCop under restraint