Posted on November 9, 2015 by recoverynetwork:Toronto

Brene Brown at a meeting of  Blamers Anonymous…

to tell you a quick story.
So,  this a couple of years ago before I realised the magnitude to which I blame.

led floor.
It goes into a million pieces and splashes up all over me.

And the first, I mean a millisecond after it’s on the floor:
“DAMN YOU STEVE”

Because, let me tell you how fast this works for me…

Steve plays water polo with a group of friends and the night before he went to play water polo.

And I said “hey make sure you come home before ten because I can never fall asleep until you get home”
And he got back at ten-thirty.

And so, I went to bed a little bit later than I thought.
Ergo, my second cup of coffee that I would probably not be having had he come home when we discussed.
therefore…

So the rest of that story is I’m cleaning up  the kitchen, Steve calls…

So I’ll tell you exactly what’s going on
I’m cleaning up the coffee, that spilled all….
duh……………………dial tone
because he knows…

how many of you go to that place:

The first thing you want to know is

WHOSE FAULT IS IT?

d rather it be my fault than no one’s fault.

Here’s where, if you enjoy blaming,
this is where you stick your fingers in your ears
and do the “na-na-na!” thing.

…because I’m getting where I’ll ruin it  [enjoying blame] for you.

Here’s what we know from the research:

Blame is simply the discharging of discomfort and pain. 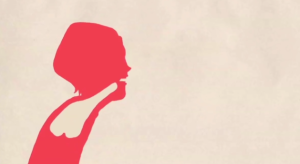 It has an inverse relationship with accountability.

Accountability is by definition a vulnerable process.

It means me calling you and saying,

“hey my feelings were really hurt about this.. “

Blaming is simply a way that we discharge anger.

People who blame a lot seldom have the tenacity and grit to hold people accountable because we spend all of our energy raging for 15 seconds.

And blaming is very corrosive in relationships…

And it’s one of the reasons we miss our opportunity for empathy.

because when something happens and we’re hearing the story we’re not really listening.

We’re in the place where I was, making the connections as quickly as we can about whose fault something was.

We believe people can and do recover from "mental illness" - because we are living it. We believe in the power of supporting each other: learning from and with each other. You are welcome to join us..
View all posts by recoverynetwork:Toronto →
Quote | This entry was posted in Crazy World, Emancipate yourself..., hell is other people, Ideas, Learning and tagged Blame, Brene Brown. Bookmark the permalink.

3 Responses to Brene Brown on Blame