Time for a harm reduction approach to psychiatric drugs

Posted on May 2, 2014 by recoverynetwork:Toronto

Governments and mental health services around the world have a serious drug problem:  the drugs being dished out in the name of health care in greater numbers, for ever wider range of ailments and to more people are, more are more, being shown to do more harm in the long term than they do good.

Drugs can play a useful role for many but it is high time health services recognised that psychiatric medications also do generate harm – as much harm as unprescribed drugs can.

There are wise ways to use psychiatric medication wisely -usually sparingly and for limited periods but these words do not often describe the medicate-or-bust approach of current practices.

Fortunes are spent on coercing people to take meds and keep taking them – money that that might be better spent on addressing the problems people struggle with and that bring them in first place to the attention of “mental health services”. 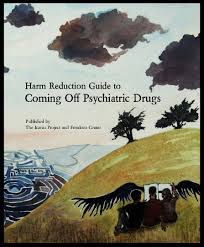 The Harm Reduction Guide to Coming Off Medications is well known to many who have found themselves trapped by psychiatric medications: caught in the double bind that the benefits from drugs diminish and no longer outweigh the detrimental effects yet now so dependent that they are unable to stop unable to stop.
harm-reduction-guide-to-coming-off-psych-drugs

There is now good information available to those who want to find their way to take control of their own lives and meds and stay safe and stay well too. Non of it comes from the world of  medicine but from the experiences of users – from people who’ve been there, tried different ways and figured out and shared some they found worked for them. Its not easy – it can be really difficult and trying and simply stopping meds will likely not be enough.

It is time for a harm reduction approach to prescribing and using psychiatric medications.

Wise use of psychiatric medications

Recovery is not about drugs

Recovery for us is not much about getting everyone on drugs – or even an individual getting enough drugs to get back into the groove of a live that was driving us to illness in the first place.

In fact for us recovery is not much a bout drugs at all – either taking them or not taking them. Drugs can play a role but drugs for life is not the goal.

Sometimes “recovery” includes recovering from exaggerated belief-in and the effects of taking the medications. Sometimes that is the biggest part of a person’s recovery.

It is time for medicine and mental health services to kick their drug habit.

This piece in The Guardian is by Peter Gøtzsche outlines how research is demonstrating that psychiatric medications of all classes do more harm than good when used in current patterns of practice.

Psychiatric drugs are doing us more harm than good

As with benzodiazepines in the 1980s, the UK is prescribing SSRI antidepressants at a staggering rate – and to no good effect. 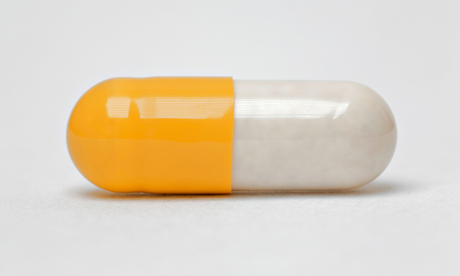 More than 53m prescriptions for antidepressants were issued in 2013 in England alone.’ Photograph: travel-and-more/Alamy

We appear to be in the midst of a psychiatric drug epidemic, just as we were when benzodiazepines (tranquilisers) were at their height in the late 1980s. The decline in their use after warnings about addiction led to a big increase in the use of the newer antidepressants, the SSRIs (selective serotonin re-uptake inhibitors).

Figures released by the Council for Evidence-based Psychiatry, which was set up to challenge many of the assumptions commonly made about modern psychiatry, show that more than 53m prescriptions for antidepressants were issued in 2013 in England alone. This is almost the equivalent of one for every man, woman and child and constitutes a 92% increase since 2003.

Sales of antidepressants have skyrocketed everywhere and are now so high in my own country, Denmark, that – if the prescriptions were equally distributed – every citizen could be in treatment for six years of their life. The situation is even worse in the US, where direct advertising of prescription drugs to the public is permitted and where more psychiatrists were “educated” with industry hospitality than any other medical discipline.

I began to realise the scale of the problem when I was persuaded seven years ago to become a tutor for a PhD thesis on whether history was repeating itself, by comparing benzodiazepines (“mother’s little helper”) with SSRIs. This research has established that people get as hooked on SSRIs as they did on benzodiazepines, and 37 of 42 withdrawal symptoms were the same for SSRIs as for benzodiazepines.

It is hard to believe that so many people have become mentally disturbed and that these prescription increases reflect a genuine need, so we need to look for other explanations. There seem to be three main reasons for the huge growth.

First, the definitions of psychiatric disorders are so vague that many healthy people can be diagnosed inappropriately. Second, some of the psychiatrists who wrote the diagnostic manuals were on the industry’s payroll, and this may have also led to significant diagnostic inflation. Third, the companies’ behaviour has been worse in psychiatry than in any other area of medicine, with billion-dollar fines paid for the illegal marketing of psychiatric drugs for non-approved uses. The rise in sales reflects patient dependency on these SSRIs: they may have great difficulty stopping even when they taper off the drugs slowly. Withdrawal symptoms are often misdiagnosed as a return of the disease or the start of a new one, for which drugs are then prescribed. Over time, this leads to an increase in the number of drug-dependent, long-term users.

Another major problem with psychiatric drugs is that they can cause the symptoms they are supposed to alleviate. Unfortunately, psychiatrists tend to increase the dose or add another drug when a patient reports negative effects.

The problem is that many of these drugs simply do not work as people suppose. The main effect of antidepressants is not the reduction of depressive symptoms. They are no better than placebo for mild depression, only slightly better for moderate depression, and benefit only one out of 10 with severe depression. In around half of all patients, they cause sexual disturbances. The symptoms include decreased libido, delayed orgasm or ejaculation, no orgasm or ejaculation and erectile dysfunction. Studies in both humans and animals suggest that these effects may persist long after the drug has been discontinued.

The US Food and Drug Administration has shown that antidepressants increase suicidal behaviour up to the age of 40, and many suicides have been reported even in healthy people who took the drugs for other reasons (for example, for stress or pain). Another report also said that, among people over 65, antidepressants are believed to kill one out of every 28 people treated for one year, because they lead to falls and hip fractures. Indeed, it is not clear whether antidepressants are safe at any age.

My studies of the research literature in this whole area lead me to a very uncomfortable conclusion: the way we currently use psychiatric drugs is causing more harm than good. We should therefore use them much less, for shorter periods of time, and always with a plan for tapering off, to prevent people from being medicated for the rest of their lives.

We believe people can and do recover from "mental illness" - because we are living it. We believe in the power of supporting each other: learning from and with each other. You are welcome to join us..
View all posts by recoverynetwork:Toronto →
This entry was posted in coming off meds, learn about your medications and tagged coming off, harm reduction, psych meds, psychiatry;epidemic;psychiatric medications. Bookmark the permalink.